Posted by John Roach at 10:07 am featured Tagged with: projects Comments Off on Earlids

In the course Sound Matters, John Roach (faculty in the School of Design Strategies at Parsons the New School for Design) asked his students to consider the transformative act of recording and the way that it alters the reception of sound. The two projects 2pm Diaries and Reduced Listening encouraged students to be attentive not only to the varied qualities of sound, but also the way that sound can play a role in the understanding of time, and (if that doesn’t sound lofty enough) to the often unregarded aspects of daily sonic experience. 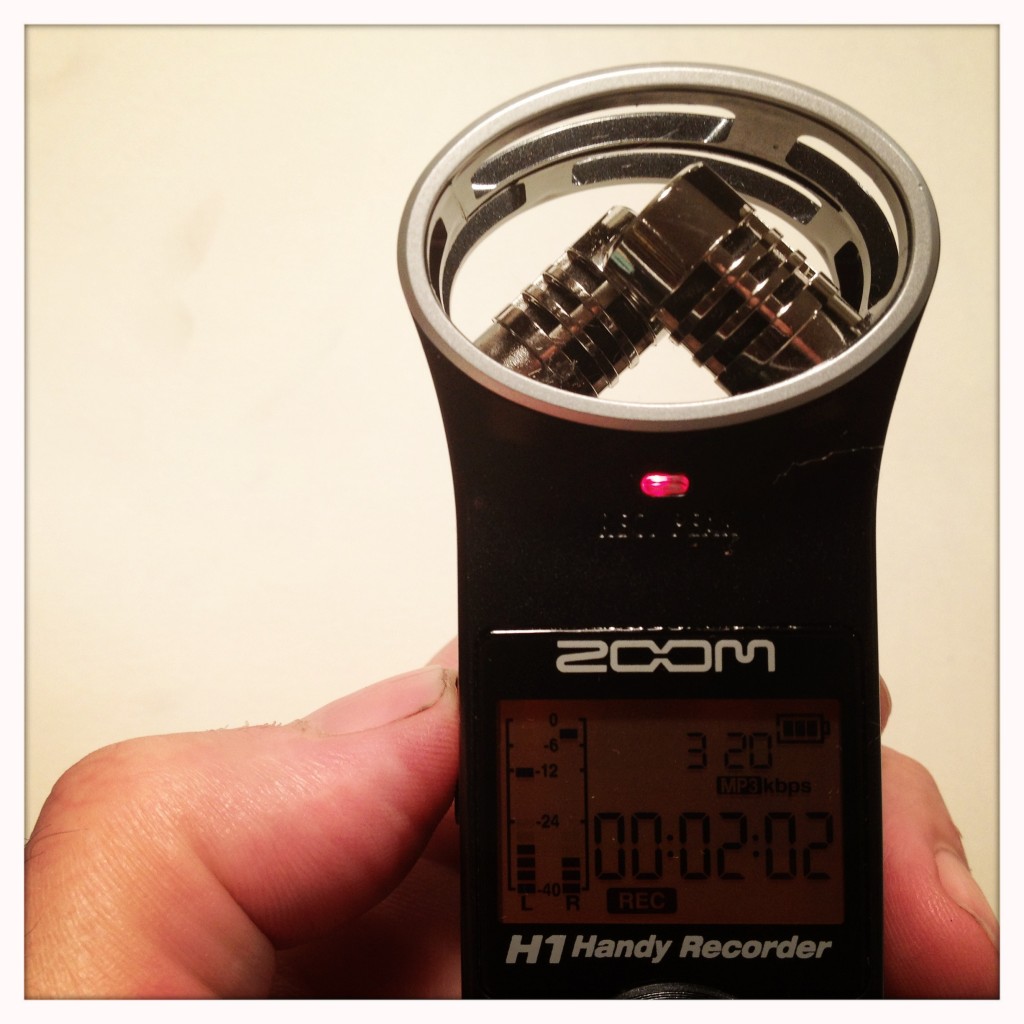 Project One – The 2PM Diaries
In this project, students used handheld recorders and became generators of media. Because sound, like video is a temporal medium, students were asked to record at the same time every day (2:00 PM) and for the same duration (2 minutes). How does the act of documenting impact the perception of time? What do the recorded results represent for the recordist? For the listener? (Big thanks to Craig Dongoski whose projects inspired this project)

The act of recording, pointing a microphone at the world, can sometimes be an empowering act. It can connect you in a new way to the sounds around you. Ironically that comes through a mediating device (in this case a Zoom audio recorder), but like adjusting the lights to see something with more clarity, a recording device can sometimes snap things into focus and make you aware of sounds that you might have otherwise ignored.
– from the 2PM Diaries project description

Project Two – Reduced Listening
Following up on the 2PM Diaries, students are asked to consider Michel Chion’s three modes of listening by recording short sounds in their immediate environment that could be considered in isolation as “sound objects”

“Acousmatic sound draws our attention to sound traits normally hidden from us by the simultaneous sight of the causes—hidden because this sight reinforces the perception of certain elements of the sound and obscures others. The acousmatic truly allows sound to reveal itself in all its dimensions.” – – Michel Chion

Instructions
Record 20 sounds, no longer that 10 seconds each.
Imagine someone else listening to the sound out of context.
What are sounds that generate interest when isolated from their source? Experiment, listen closely for examples inside your own home, explore the refrigerator, the cupboards, etc.

The Edits
After a number of weeks of recording, students were given guidelines to create sound edits with their 2pm recordings. Each recording must use a word drawn from a class-generated pool of nouns, verbs and adjectives, as a prompt.  Some limitations were: one minute in length. Use only 2PM files and reduced listening files as a source. No effects. Only edits, volume adjustments, and multitracking. One track must combine 2pm recordings with the Reduced Listening recordings.

The Mashup
In addition to the 2PM edits, the 286 reduced listening files were played randomly through 2 instances of the Max patch Gravitas Phrase Generator

Posted by John Roach at 9:50 pm featured Tagged with: projects Comments Off on Reduced Listening and the 2PM Diaries