On October 4-6, 2013 ESSA – The European Sound Studies Association – will have its first conference in Berlin. This initiative is just the latest sign that an institutionalization is taking place within the inter-disciplinary field of sound studies. Erik Granly Jensen, who is one of the founding members and vice-chair of ESSA, tells the story here: 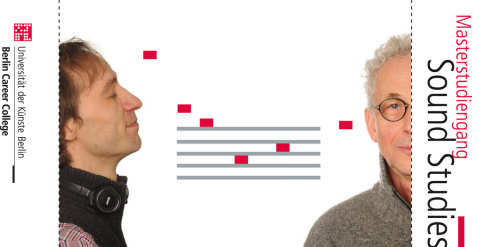 During the past decade, the field of sound studies – or auditory culture if you will –has been growing immensely. International conferences and seminars, numerous dissertations, monographs and research articles have shaped a vibrant, interdisciplinary area of study that of course has a much longer history within the more traditional disciplines of the humanities and social sciences, but which during the past 10-15 years has morphed into a discipline of its own. Just last year, two extensive collections of theoretical texts appeared with major publishing houses, The Oxford Handbook of Sound Studies (ed. Trevor Pinch & Karin Bijsterveld) on Oxford University Press and The Sound Studies Reader (ed. Jonathan Sterne) on Routledge. A second edition of the classicAuditory Culture Reader (ed. Michael Bull) is in the making and supposedly another Routledge anthology is being planned as well. Furthermore, in 2010 three European journals on sound cultures appeared within just a few months: the Holland-based Journal of Sonic Studies, the Ireland-based journal Interference and the Denmark-based SoundEffects; all three of them international online journals devoted to the analysis of sound cultures with an explicit ambition to integrate sound into academic analysis. To give an illustration of the interest that these journals are already enjoying is the fact that SoundEffects in 2012 alone had 15,000 individual article downloads.