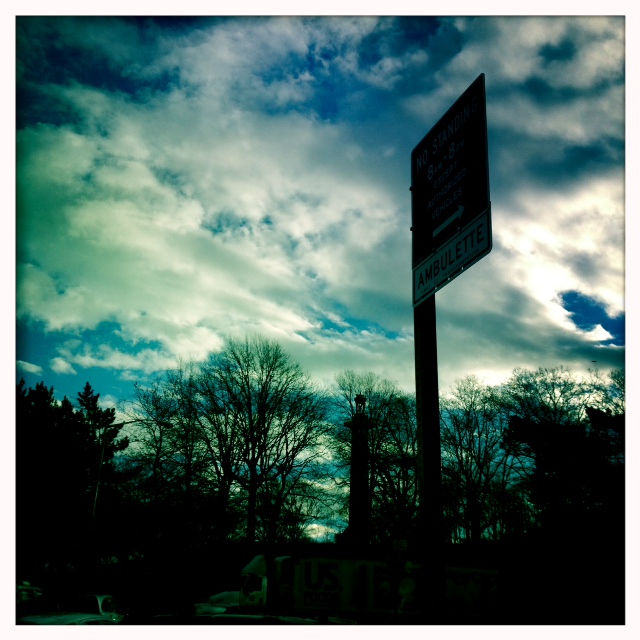 If R. Murray Schafer has taught us anything, it’s that we should find sounds that we treasure in our environment and protect them if possible. His pioneering work in the World Soundscape Project drew our attention to the sounds of the  natural world that were being replaced or drowned out by encroaching human infrastructure.  This delicate balance, what he called the Acoustic Ecology was a rarely considered victim of our expanding human footprint.

I am not sure, however, what he might think of this particular example of an endangered, or more accurately extinct, element of the Brooklyn soundscape. I for one will miss this sound dearly. I am wrtiing about the mysteriously vibrating signpost, the Talking Pole of Willoughby Street in Fort Greene Brooklyn.*

*It’s worth mentioning that this name was entirely invented by myself.

I pass this sonic landmark a number of times a week. It exists on an awkward elbow that connects Willoughby Street to Saint Edwards Street as each approach Fort Greene Park. The pole sits outside a nondescript entrance to Brooklyn Hospital and across the street from a loading dock that receives trucks for the Atlantis Rehabilitation & Residential Healthcare Facility, 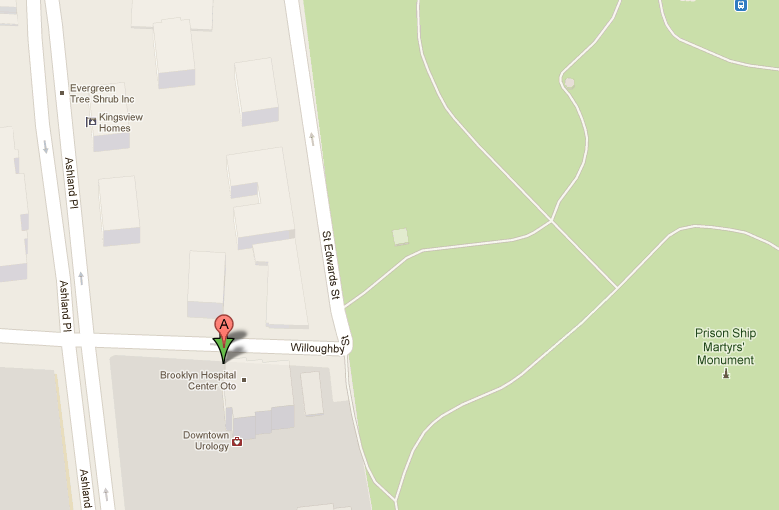 On most days it sits silent, just a green post planted into the sidewalk, one of a trio on this stretch of sidewalk. The only difference. At least until recently, is that this post lacked the parking regulations sign that sat atop its neighbors on either side. This anomoly apparently made all the difference in the world. On some days this pole would vibrate intensely, often in the wind and sometimes because of the low frequency rumble of the idling motor of a large truck in the loading dock. It was incredibly unpredictable and every time it happened, it seemed as if I were being given access to a riveting solo percussion performance.

While a casual listen might lead one to assume that this was just noisy repetition, a little time spent with the pole could reveal subtle nuances signaled by rising or falling winds, that might make a human percussionist take note.

I have no idea if anyone else stopped to appreciate these special sidewalk concerts, but I hope so, because they are no more.  Presumably the sign, that has finally been mounted to the top of the pole, has upset the delicate balance that once made these events possible. 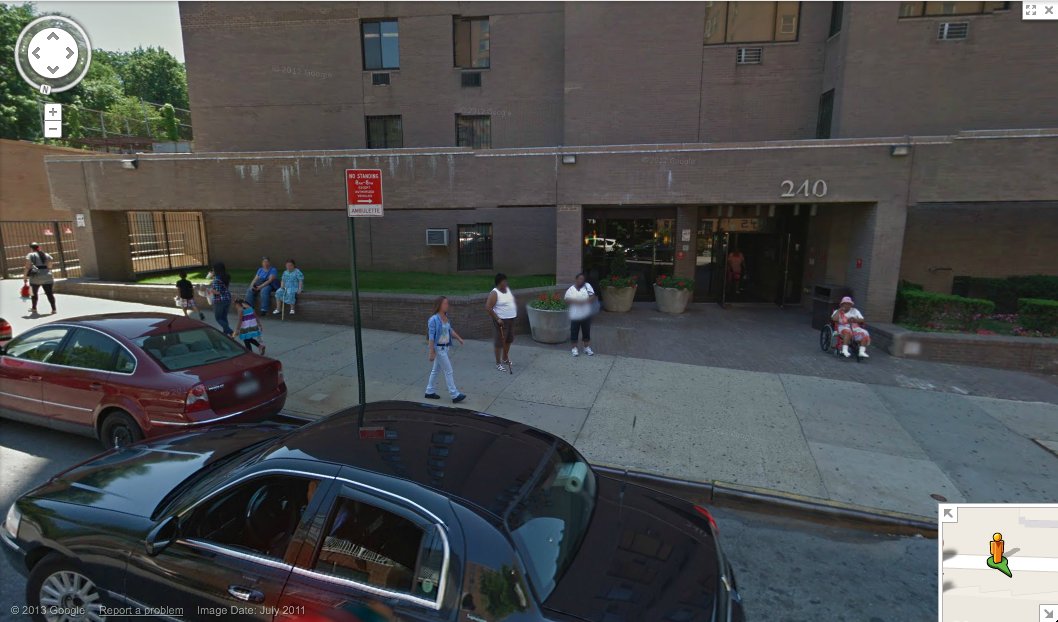 Interestingly enough, when seen in Google Street View the sign appears atop its pole as if it had always been there. Based on the short sleeves of the pedestrians,  I can assume that the image is from Spring or Summer, not the cold winter days outside at the time of this blog post. Seeing this image suddenly placed me into the role of the protagonist who is lead to the conclusion that everything was just a dream. The fantastic events never took place. The ghosts were imagined. The evidence proves it. 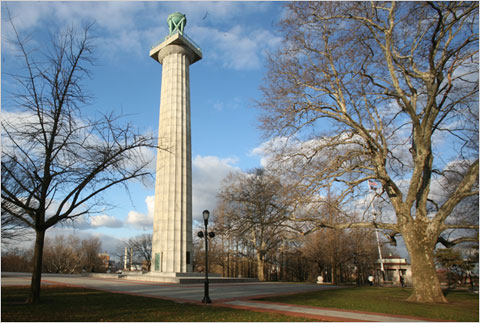 To extend this note of the fantastic a little further, it wasn’t until I added the above map of Willoughby street to this post that I considered the Talking pole’s relationship to the Monument at the top of the hill in Fort Greene. The Prison Ship Martyr’s Monument “marks the site of a crypt for more than 11,500 men and women, known as the prison ship martyrs, who were buried in a tomb near the Brooklyn Navy Yard.” (http://www.nycgovparks.org) While I am not the kind of person to concoct ghost stories, I like to imagine that this vibrating pole is like tuning fork resonating sympathetically with that tower of a monument up there on the hill. The other ghost pole.

But until something happens to that sign, it’s just “No Standing 8am to 8pm.”

Posted by John Roach at 10:32 am featured Tagged with: news